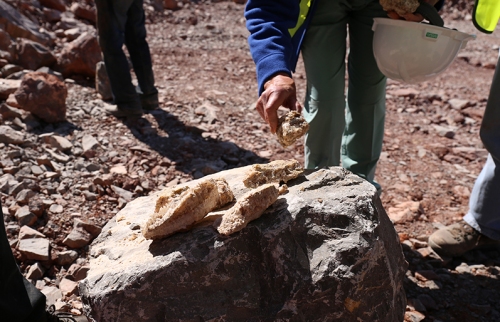 I’d make pre-arranged visits to the quarry during the weekends when the heavy machinery was not in use, outside the schedules of drilling and blasting necessary to discharge hundreds of tons of rock in seconds. Limestone for construction is freed from formation with dynamite. These violent blasts make it possible to study the history of the sediments in a relatively compact space and time: an explosion lasting just seconds exposes, in one action, millions of years. On these ‘non-operational’ mornings the steep sided quarry was uncharacteristically quiet. Taking photographs, sound recordings, and testing the reverb in of the terraces I met weekend shift engineers and the local lapidary society. The quartz, amethyst and other semiprecious stones or fossils, aesthetically and historically interesting to geology enthusiasts were of no value to road building – so the lapidarists had received an invitation to pick over the rubble, point-mouthed geology hammers in hand, through ‘safe’ zones marked out by large boulders and fluorescent tape. As of 2017 the quarry is gradually being decommissioned. As industrial aggregate production continues to wind down, the oldest pits and ledges created though years of extraction, will undergo a ten-year restoration to become a recreational park.

Excavation as a method of acquiring minerals and aggregates peaked rapidly from the 19th to the mid-21st century, and after a rapid decline more expensive extraction processes and nascent technologies were employed to access diminishing reserves. The columns of The Mineral Industry of the British Empire & Foreign Countries – now The British Geologic Survey World Mineral Production Report – highlight how imperialist efforts to reach deep lying minerals and subterranean resources fuelled the expansion of colonialism, resulting in the relocation of materials and re-stratification of human life on scales comparable to natural disasters and geological events.

Refuse to keep a comfortable distance 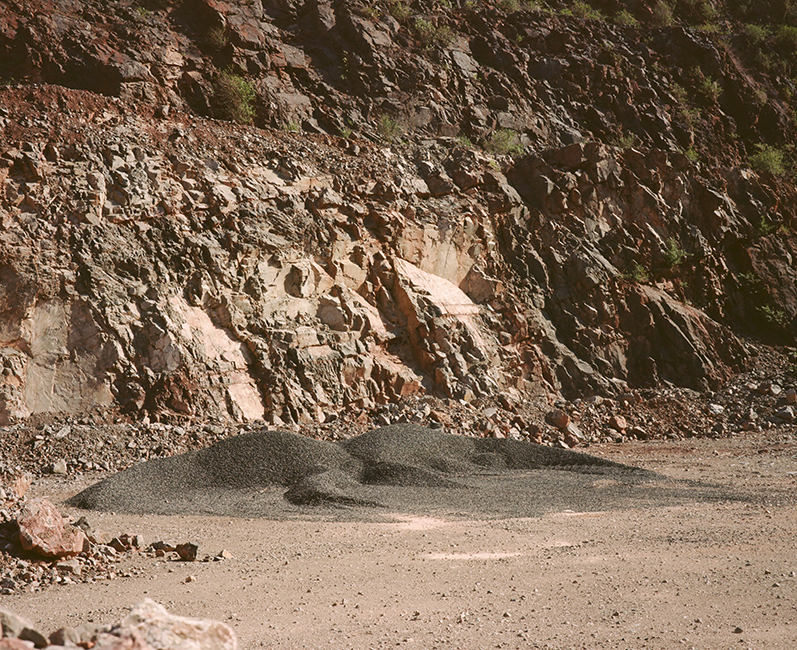 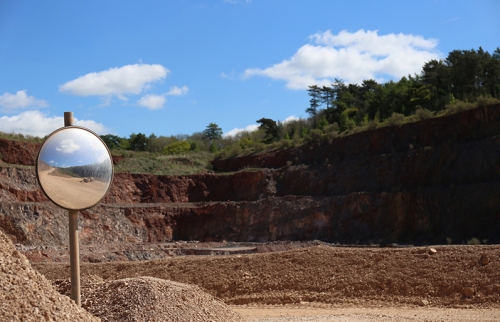 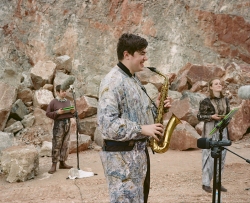 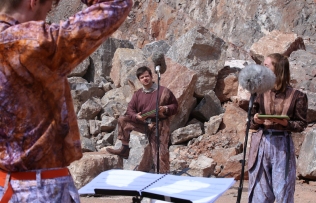