Artist Mike Ricketts explores uncertainties and tensions associated with public space by engaging with specific spatial controversies, getting embroiled in arenas of friction, overlapping with a variety of different actors and processes. Works develop as he tries to do things in spaces, often in urban environments, probing situations in order to try to grasp their dynamics. In the process, Ricketts runs into many kinds of structure, boundary and rule. How such encounters unfold and are responded to and/or recounted – these questions lie at the heart of his work.

The form of the work varies. Projects have involved residents fly-posting across a market town, the production of a film recounting the artist’s attempts to access a prison ship, and the shutting down of a public exhibition by the CEO of an urban development quango. Encounters with powerful spatial structures and jurisdictions at their messy fringes and in everyday scenarios constitute the subject and location of Ricketts’ work.

How is fieldwork part of your practice?
My work involves spending extended periods of time in specific locations and situations, working ‘in the middle of things’. This might mean: noting and collecting diverse materials, seeking out contrasting accounts and narratives, taking photographs, noting patterns of behaviour, fault lines and anomalies. Conversations and dialogues with very different individuals, sometimes brief, sometimes expansive, might occur over a garden fence, in a company boardroom or online. The practices of those I encounter (estate agents, ship spotters or an unofficial city tour guide) – and their responses to my questions and activities – have a direct impact on the direction of the work. Given my interest in public space and its limits, my inability to access some spaces and kinds of knowledge is a key concern and inspiration. Barriers and stipulations, moments of generosity and surprise are all part of the process; therefore they’re part of the work.

How would you describe your fieldwork activity?
I tend not to start with a clear objective or strategy. I head off in various directions at once, literally and metaphorically. Details pique my interest. Only gradually do specific points of interest emerge. I respond to dynamics that I encounter quite proactively at times. I’ll test or probe a situation with an unusual or experimental gesture. For instance, I’m fascinated by the roles that objects play in social situations and several of my projects have involved positing objects on or around boundaries in already-busy spaces and social processes to see what happens. I also undertake quite a lot of research that might not be considered fieldwork, for example library or database research. But I’m not sure whether, for me, this distinction really holds…

How are you currently sharing your fieldwork?
I share my work with diverse audiences through various kinds of situated performance, public project, exhibition, writing and film. Projects often exist in several different forms or iterations. Because questions around publics and public space are the subject of my work, moments where the work is shared or becomes public are of critical interest to me. They are most often moments of experiment, rather than of closure. They’re often quite lively. Several projects have seen contrasting groups and individuals connected and activated by – in a sense invited to co-produce – the work. How people have responded in such circumstances has largely constituted the public outcome. Therefore, because my work is process-driven, often ‘becoming public’ in the ‘field’ itself, it’s difficult to locate exactly where a ‘fieldwork’ stage begins and ends. 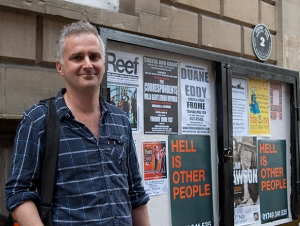 The Vessel shares the story of the UK’s only prison ship of modern times, Her Majesty’s Prison The Weare.

Like its subject, the artwork The Vessel was an assemblage of diverse components, and has had several different iterations, ranging from a performance on a cliff top overlooking a former berth in Portland Port to a film and exhibition of artefacts detailing the artist’s attempts to access, photograph and track this barge, and explores the strange status the vessel has developed over its eventful life. The Vessel’s offshore status and questions of legality and visibility are central to the project.

Decommissioned in 2005 and for several years located in Portland Harbour, Dorset, England, the vessel, now known as Jascon 27, was last known to be home to five hundred oil workers in the Niger Delta. The projects’ film took the audience from Sweden to the Falkland Islands, from Germany to Manhattan, and involved engineers, ship spotters, prisoners, soldiers, and the artist’s brother, Chris. Composed entirely of appropriated material, Ricketts’ film was framed in an exhibition using sections of television news footage about the vessel, ephemera and a small curated display of other artists’ paintings of the prison ship, specially loaned for the exhibition.

Together this interwoven set of personal artistic studies and sightings of the barge in popular media portrayed the vessel not simply as a dumb container for the pragmatic housing of men but as a peculiar object of fascination for artists, journalists and enthusiasts that has grown in both intrigue and a peculiar potency the more we scrutinise its mute exterior.

Mike Ricketts work continually invokes the bureaucratic and intellectual structures of architecture, urban planning and policy as both subject and location for his work, but presents this context as a site populated by talisman-like objects and small rebellions as much as regulation and rules.

Concerned with specific spaces and histories, Mike Ricketts develops projects that explore the uncertainties and paradoxes of contemporary public space. By asking questions, following unlikely leads and making propositions, Ricketts often runs into bureaucratic structures such as those associated with urban regulation and planning. The day-to-day operation of such structures, both at their fringes and in everyday scenarios, forms the subject and location of his work. 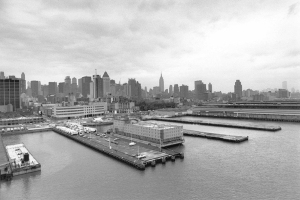 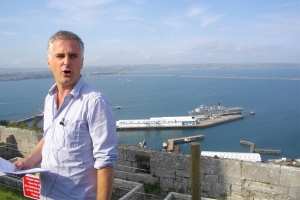 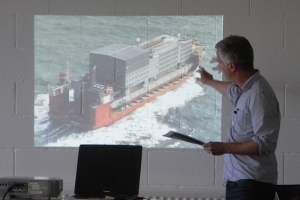 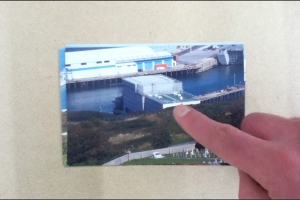 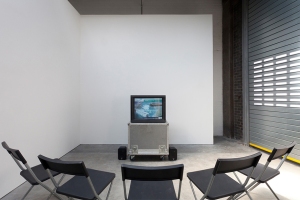 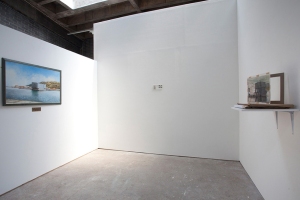 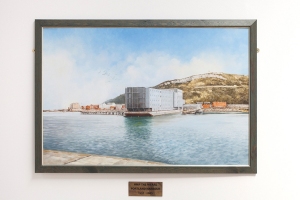 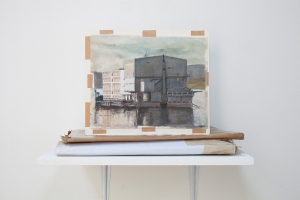 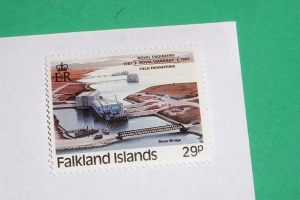 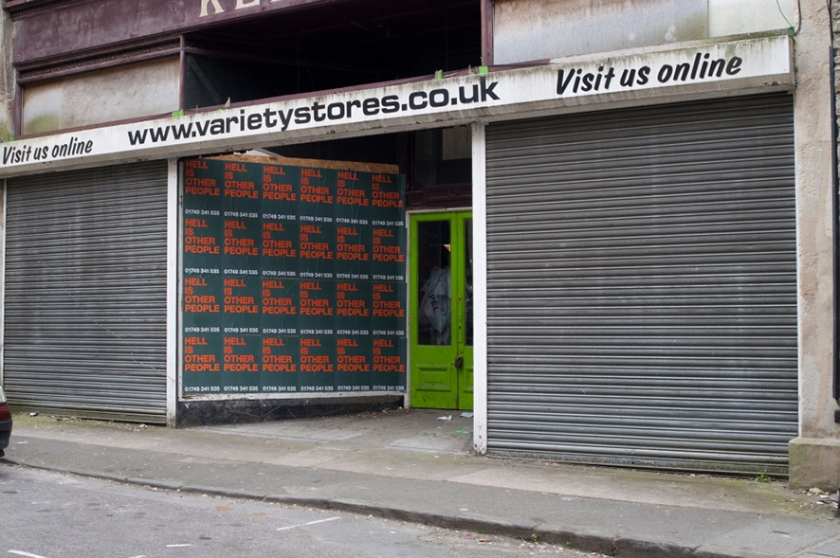 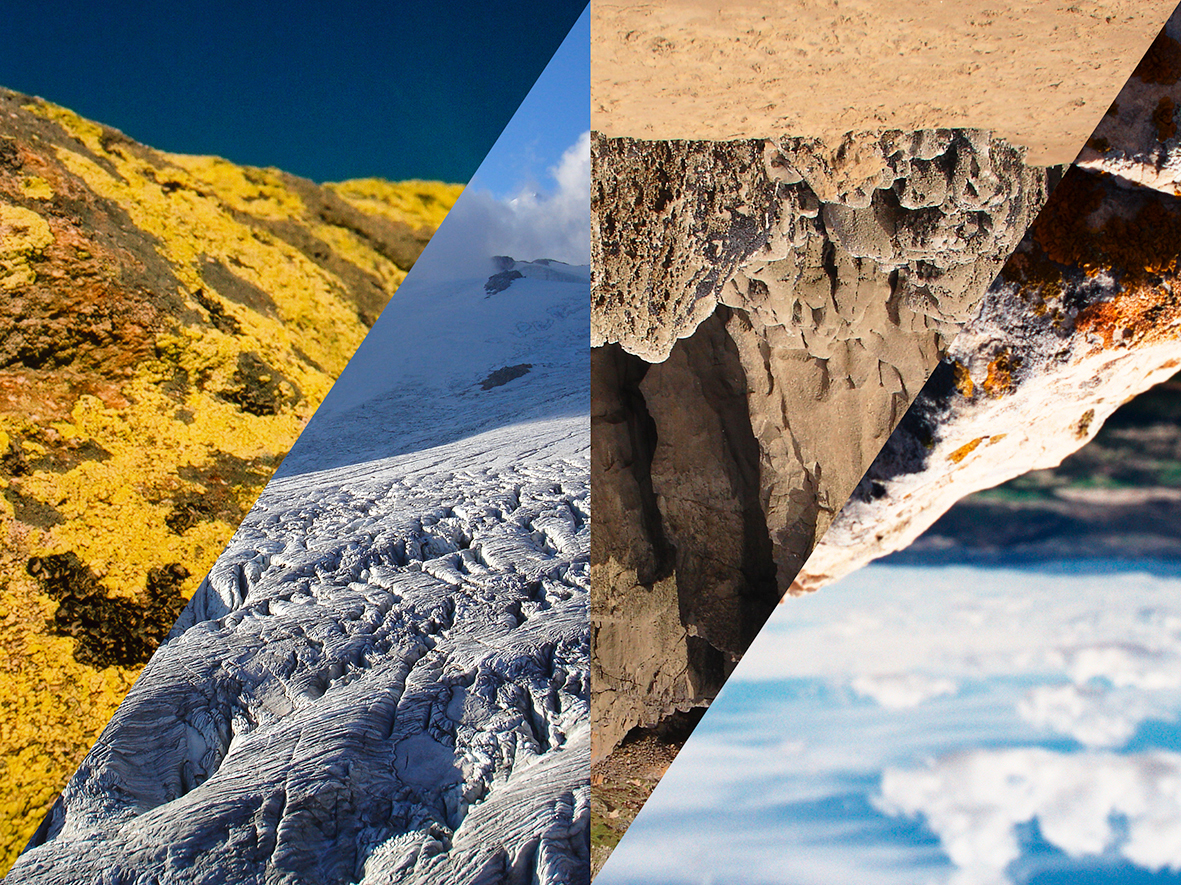