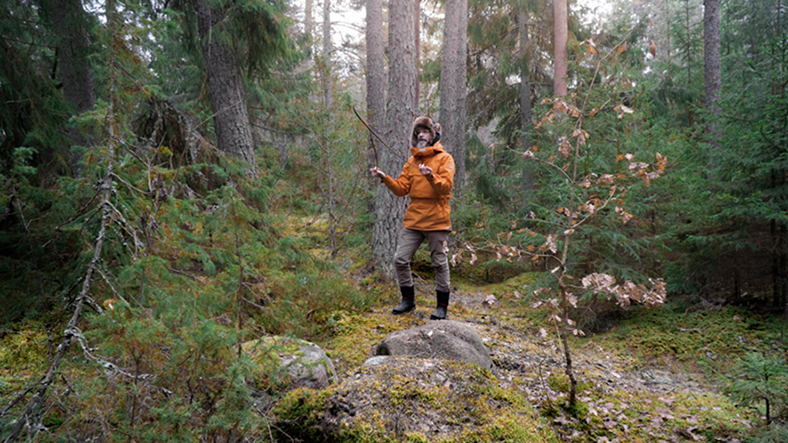 hidden and missing things was a project I held during a residency programme in the south-west coast of Finland. The main subject and argument was the manipulation of an age-old technique of divining with the purpose of activating relations between the local environment, beliefs and the human being who manipulates it. The instruments were wooden dowsing rods in ‘v’ and ‘y’ shape of varying sizes found nearby the Residence. Dowsing is an unexplained process in which people use a forked twig to find missing and hidden objects. Also known as divining and doodlebugging, is often used to search for water or missing jewellery, but it is also often employed in other applications including ghost hunting, crop circles and fortunetelling.

On the other hand, the secondary argument of this project dealt with a scientifically proven geological event. A phenomenon that has been going on for about ten thousand years that consists of the pressure arising from the enormous weight of the Scandinavian glaciers, called Post-Glacial Uplift. As a result of this process, the land plate of this specific region (Gulf of Bothnia) is rising more than sea level, which in turn is also increasing worldwide due to global warming.

Technically, the coast of Finland is rising above sea level. This is a visible fact, even in the bay where the Saari Residence is located. This region, curiously, means ‘island’. However, Saari has not been an island for centuries, being part of the continent and bringing with it new islands that appear slowly on the coast of the bay, when in the past there was only the sea.

Through these two arguments, I used artistic strategies, organizing real and fictitious documents, trying to create narrative and visual logics that flirt with the fields of geophysics and divining methods. I was interested in the particularity of an ‘inexplicable’ functioning object that oscillates between popular belief and science. The idea of a divining tool or a device that can find – with some accuracy – missing and hidden things, could bring me poetic narratives and a rich material which was developed during the Residence.

My goal was to create situations of ‘looking for’ and ‘persistence’ with the use of this object, having popular belief and science as drivers of these actions. The personal search for something invisible or lost, whether material or immaterial. 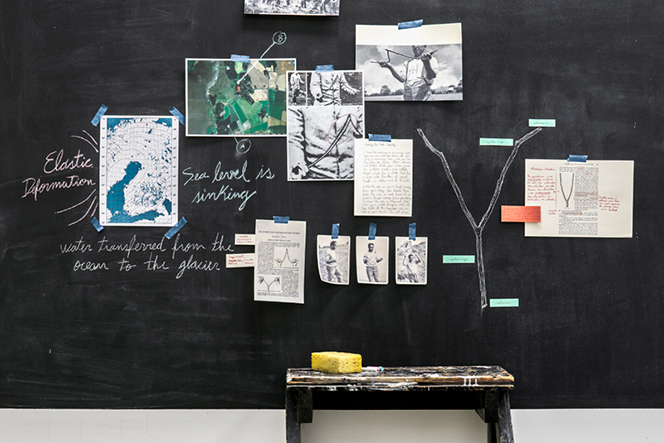 Studio practice: Classification of forks found in the vicinity of Mietoistenlahti forest and Vasikkahaan bird-watching tower.