In 2012 I was awarded an Arts Council/British Council Artists’ International Development Fund grant to travel to Brazil and develop the project that has become Fixed Position. The project began after an internet search and evolved into a journey to the mouth of the cave in Brazil that appeared on the search engine, the PETAR Caves. The tactile, sensory experience of being in the caves channelled thinking about certainty of position, fixity and the way we are defined by our edges. The further I went into a cave, the more disorientated I become. The blackness is so dense that you can’t see the edge of your own form. These ideas of ‘merging’ and ‘nowhere-ness’ have parallels with the project’s original attempts to describe the navigation of virtual space.

In 2015 the project returned to Brazil, after a second trip to the caves a new work was developed during a residency at Atelier Fidalga and a collaboration with Prof. Paulo Boggiani. A publication was produced in Portuguese and English and an accompanied an installation in the Geoscience Museum at the University São Paulo. 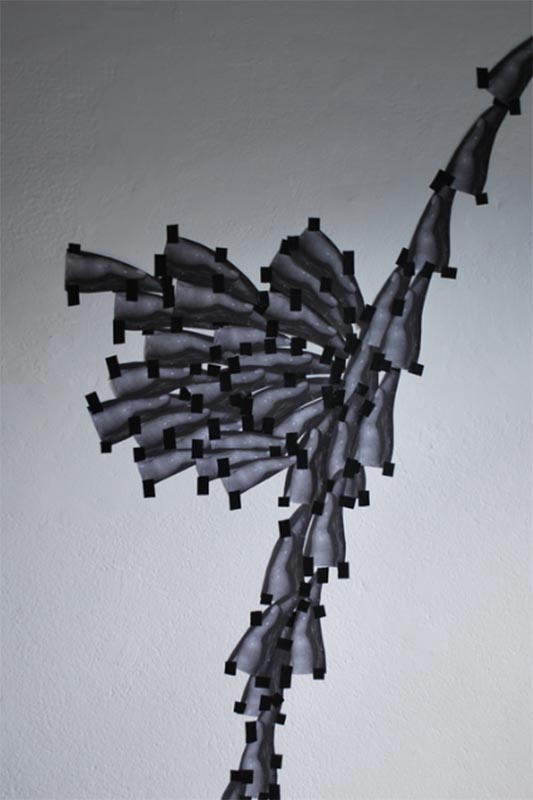